This year has been so special to us and changed our lives for the best. I've spent some time reading my friend's blogs and I am so happy that many of my friends have beat infertility and some welcomed some little blessings into the world. I'm going to follow a few other blogs and recap our year month by month:

January - Up until January, we were on cloud 9 after finding out we were finally pregnant and with twins, no less. On January 12th, we found out my cervix was not holding up and I was put into the hospital and ordered on bed rest. I would be on bed rest for the rest of the pregnancy which meant, taking a long leave from my job and getting used to life lying down. This month was very scary since I was only 18 weeks pregnant when I was put on bed rest. We learned that there was no way to do a cerclage to help keep my cervix closed and all I could do was pray and stay off my feet. Luckily, I was able to go home and be on bed rest at home rather than in the hospital. The doctors wanted me to make it to 24 weeks which is the earliest point of viability.

February ~ In February I had my baby shower, much earlier in the pregnancy than most women get a shower. We received many nice gifts to get us started once the girls arrived. My best friend Brea was a life saver by putting together my shower, bringing me treats and gifts to keep my spirits up, and being the best friend I needed to keep positive. At the end of the month, I reached viability and I knew each day/week/month I could stay pregnant would give the girls many benefits. At 25 weeks, I was sent back to the hospital with contractions.

March ~ I spent almost 3 weeks confined to a hospital bed with constant monitoring. The babies were growing well and my cervix was holding on to a thread. My sister moved down from Colorado to help me and prepare for being the girls nanny once they arrived. I spent our 3rd wedding anniversary in the hospital and that was no fun. At the end of March, I was released back to home bed rest.

April ~ Sara and I bonded at home as she helped to make my meals and get me things around the house so I didn't have to be on my feet. We sat out by the pool and sun baked the babies. In Arizona you can do this since it is in the 80's and 90's in March - Woot! At 30 weeks 3 days pregnant, I was admitted to the hospital after bleeding and some more cervical changes. This was to be my last hospital admission. I would only get released if I made it to 34 weeks or I had the babies, which ever came first. On the night of April 25th, 32 weeks pregnant my water broke and this signified the end. The girls were in a hurry to come into this world. I'm sure this had to do with Riley stomping on her sister trying to find some room the crowded womb they shared. The next day, April 26th at 12:33 pm after 5 quick pushes, Addison came into the world with a big cry. 8 minutes later, and 2 short pushes, Riley joined her sister. Both girls were healthy and needed little assistance. Jesse and I were finally proud parents of two beautiful princesses.

May ~ The girls continued their NICU journey by learning how to eat. They had visits from mommy and daddy every day. We were fortunate to live 10 minutes from the hospital and could be there anytime. We did find out that Addison has a heart condition, SVT, which is irregular high heart rate that can happen at anytime. This is something we will monitor through out her life hoping it doesn't cause too much trouble. Riley was able to come home on Sunday May 24th and we got a few days to see what raising one baby would be like. Addison didn't like staying in the hospital without her sister and so she was released on Thursday May 29th. Then the real fun began.

June ~ Jesse and I adjusted to parenthood. Aunt Sara was a life saver by helping us with some of the night time feedings. I dedicated myself to provide the girls with 100% breast milk and I was up every 3 hours to pump and needed extra help with the girls so I could get some rest also. The girls had their welcome home BBQ where they were able to meet all of their extended family

July ~ Sadly, I had to return to work. I was able to get 6 months off of work but to keep my job I needed to go back to work. The adjustment was hard at first, but it was nice to know that the girls were home with Sara and not in a daycare situation.

August ~ We took the girls on their first plane ride up to Spokane. This was a sad trip since my step-dad Dave lost his soul mate Laurie to cancer. The girls met the Stommes side of the family and I was able to help Dave after his loss by being there and allowing him to meet his grandchildren.

September ~ I celebrated my 28th birthday, where did the time go? Jesse and I spent our first weekend away from the girls and celebrated at the Scottsdale Resort and Spa. I enjoyed the extra sleep and alone time with Jesse but I missed the girls like crazy.

October ~ The weather finally started to change here in Phoenix. The girls celebrated their first Halloween and went back to the NICU for a reunion with some of the nurses and doctors. Jesse got his new job as a high school English teacher and we are very proud of him.

November ~ Last year, the family spent Thanksgiving in San Diego and we went to Disneyland for Thanksgiving week. The girls got to ride on some ride inside mommy's womb. This year we stayed close to home an spent Thanksgiving at Dan and Shannon's house. We had many things to be thankful this year. The girls were showing progress with little effects from their prematurity.

December ~ We ended the year with a trip to Wisconsin to meet Jesse's family and friends. The girls got to see snow for the first time and experience what "real" cold is really like. We enjoyed our time but had too many travel problems to count. The family finished the year with colds and bronchitis as a nice souvenir from our trip.

We are looking forward to another year of growth and happiness as a family. Jesse and I will be completing our Master's Degrees this spring which will give us more to time to spend as a family.
Posted by Raising Twin Girls at 6:14 AM 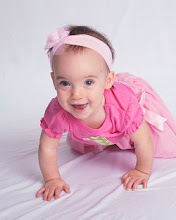 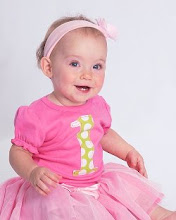 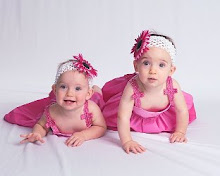 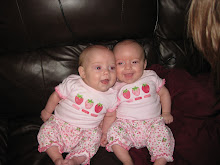 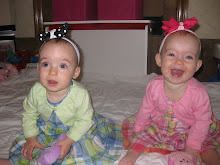 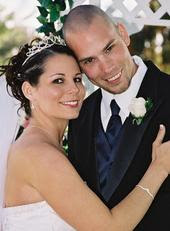 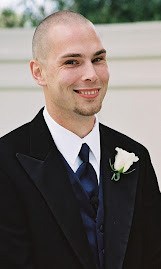 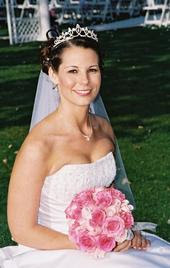 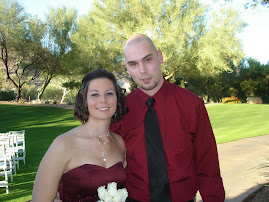 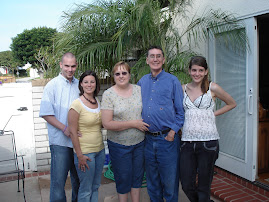 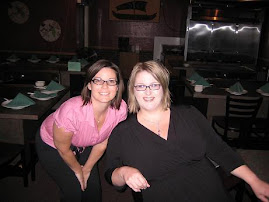